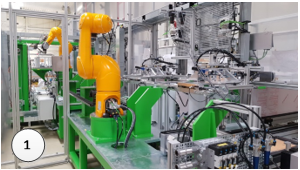 The assembly process starts with (1) the component supply of GDL bottom, CCM and GDL top. These parts are assembled via robot to the membrane electrode assembly. The MEA is transported via shuttle axis (2) to the robot in th e stacking area (3).

For the stacking process the work piece carrier is loaded manually with the lower endplate. The carrier moves via transfer system to the stacking station.

Robot 2 is stacking the bipolar plates and the MEAs alternately to final number of fuel cells. Then the carrier moves into the pressing station (4). The upper end components are loaded manually. Then the stack is pressed down with up to 5 tons and tensioned with tie rods.

Now the ready assembled stack moves via carrier to the unload station. 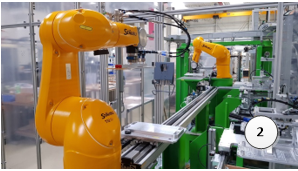 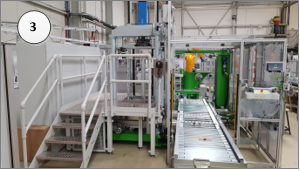 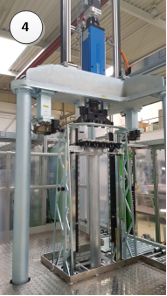 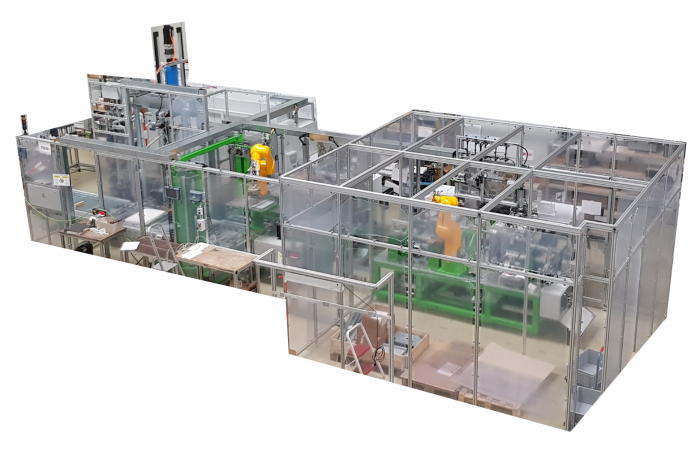 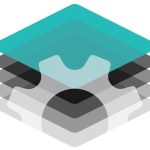 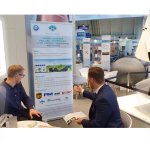 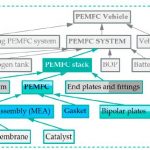